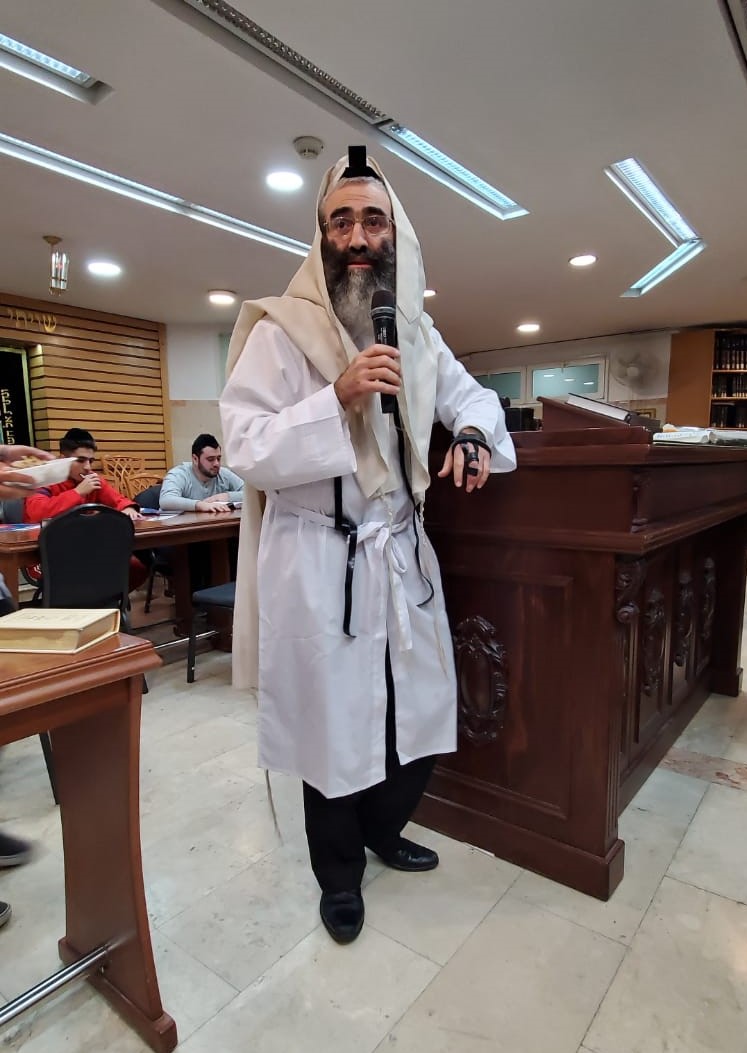 As a final farewell to the holy days of Chanukah there is a traditional, kabbalistic custom known as “Seraifat Haptilot” the burning of the wicks. Since the oil and candles used in the Menorah are sanctified and restricted from mundane or personal use, a special ceremony is held where the remnants from the menorah are burned so as not to use them improperly. There are many deep explanations for this custom but, regardless, the final climax of the holy days of Chanuka culminates during the last moments that we are blessed to bask inits waning light. The time before sun down is a special opportunity to pray that the blessings of the Chag remain with us and that the upcomingyear be one of bracha.Chacham Ezra Dayan leads the yeshiva in this special ceremony encouraging and inspiring the boys to cash in on these precious moments and utilize themfor prayer and teshuvah. The Beit Medrash was packed and after the customary selichot and tehillim, a silent hush permeated as the Heichal opened and all stood whispering their heartfelt prayers. Time seemed to stand still as Rabbis, boys and visitors stood totally engrossed in prayer. With tangible inspiration in the air, the boys were encouraged to accept upon themselves some sort of commitment to enhance their year of growth. Over 44 boys signed up! Some to come to Shachrit, some to give up their phones and some to filter their internet feeds. All of these "kabbalot" are such a powerful expression of their devotion to growing stronger and accomplishing in the most positive, unhindered way.May Hashem hear our tefilotand bless us with happiness, health and everything we need.