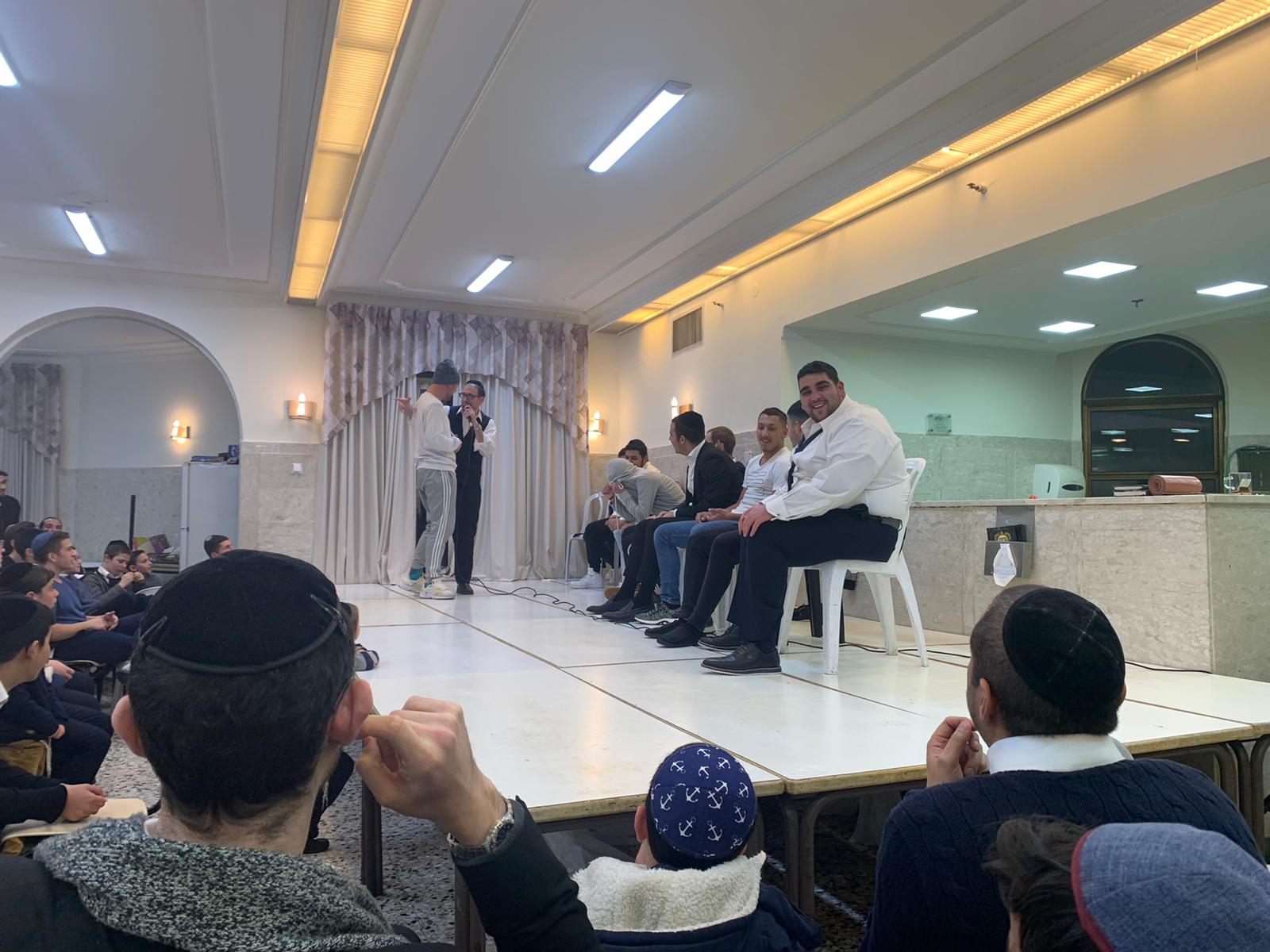 One of the highlights of Chanukah in Lev Aharon, besides the spiritually uplifting events and mesibot, is the hypnosis show, with the amazing Mikey Benzaken. A mentalist and magician, Mikey is trained and experienced, and his performances are out of this world. To the utter delightof the entire yeshiva, staff and families included,he hypnotizes groups of boys (sometimes Rabbis too) to do the most hilarious things. Their antics can only be described as hysterical! In their imaginative state, boys believe that there are UFO’s sucking people out of thin air, their belly buttons have gone missing and a pungent, unbearable odor is coming from the guy sitting next to them. Of course, as a Chanukah grand finale, he convinces them that a raw onion is actually the sweetest, most luscious jelly donut they have ever tasted. As they munch away with gusto, the audience is crying with laughter! Of course, Mikey uses the opportunity to bring out chizuk as well as offering the Torah perspective on hypnosis and explains clearly that contrary to common belief, hypnosis is not mind control but rather a deep form of relaxation that has people focus solely on what he says. As one of our most anticipated events, we relocate to a larger premises that can hold the standing room only crowd. We thank Mikey for entertaining us year after year!