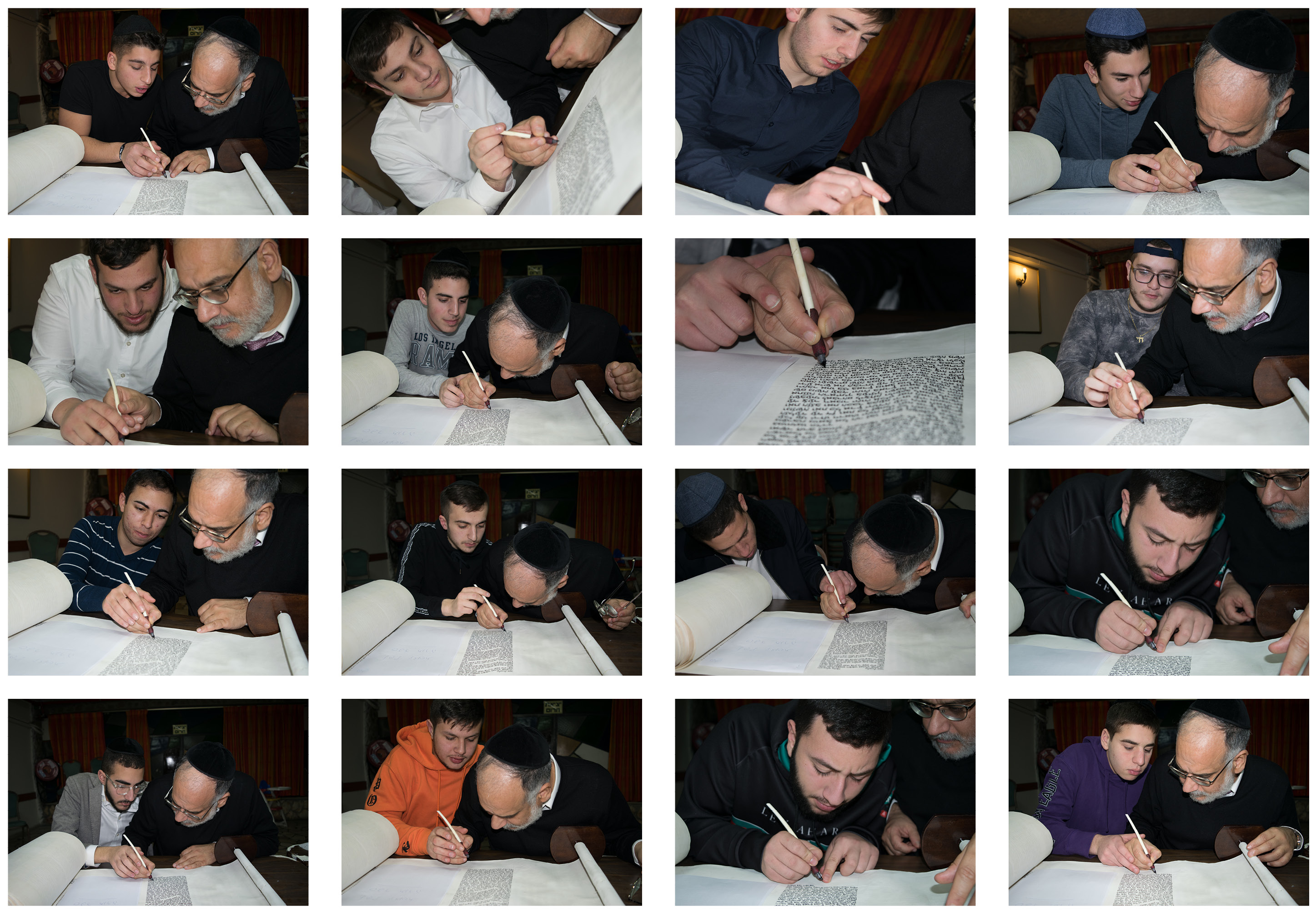 The climax of the inspirational Shabbat was when each boy was honored with the zechut to inscribe a letter in the Sefer Torah. Rabbi Abie Nissim, our in-house expert sofer, taught each boy to take the ink and quill and coached them as they added another holy letter to the Torah scroll. Of course, this took a long time, but the boys waited eagerly, and patiently, for this once in a lifetime chance.

The final letters were set aside for the Chief Rabbi, Hagaon Rabbi Yitzchak Yosef shlita and Mr. Morris Dweck, who graciously sponsored the Sefer Torah. The bus left Tzfat on Sunday morning and headed to the kever of Rebbe Akiva where we prayed Mincha. Immediately afterward, the bus drove us to the shul of the Chief Rabbi where, after hearing his divrei bracha, the final letters were inscribed. The Torah was then carried by Joey Dweck to the awaiting bus where he held it tightly until we arrived in Har Nof. Immediately upon arrival, the long-awaited procession began. Under a beautiful, lighted chuppa-canopy, the Sefer Torah was brought to the Yeshiva with joyous music and spirited dancing. Through the streets of Har Nof, making our way to to the Yeshiva, the crowd grew bigger and bigger, as neighbors, friends, and onlookers rejoiced in the simcha and  kavod HaTorah.

Upon reaching the Yeshiva building, all the sifrei Torah in the heichal were brought out to greet the new Torah. We recited the traditional kabbalat olmalchut shamayim and then entered the Beit Hamidrash where the dancing continued. After the dancing subsided and the new Sefer Torah was lovingly placed in the heichal, Rabbi Laniado expressed the Yeshiva's heartfelt appreciation to Mr. Dweck for choosing Lev Aharon as a home for his Torah. As a token of deep hakarat hatov, Rabbi  Laniado gave Mr. Dweck a  special surprise gift: A new beautiful parochet curtain for the heichal, sponsored by the Yeshiva, in Mr. Dweck's honor.

We then had a festive seuda in honor of the event in which we were zocheh to hear divrei Torah and bracha from Hagaon Rabbi Dovid Yosef shlita, as well as from  Mr. Morris Dweck and his son, Joey. We hope that the pictures and videos will give you a small glimpse of the wonderful celebration that took place and offer the boys a tangible way to hold on to the special memories and inspiration.